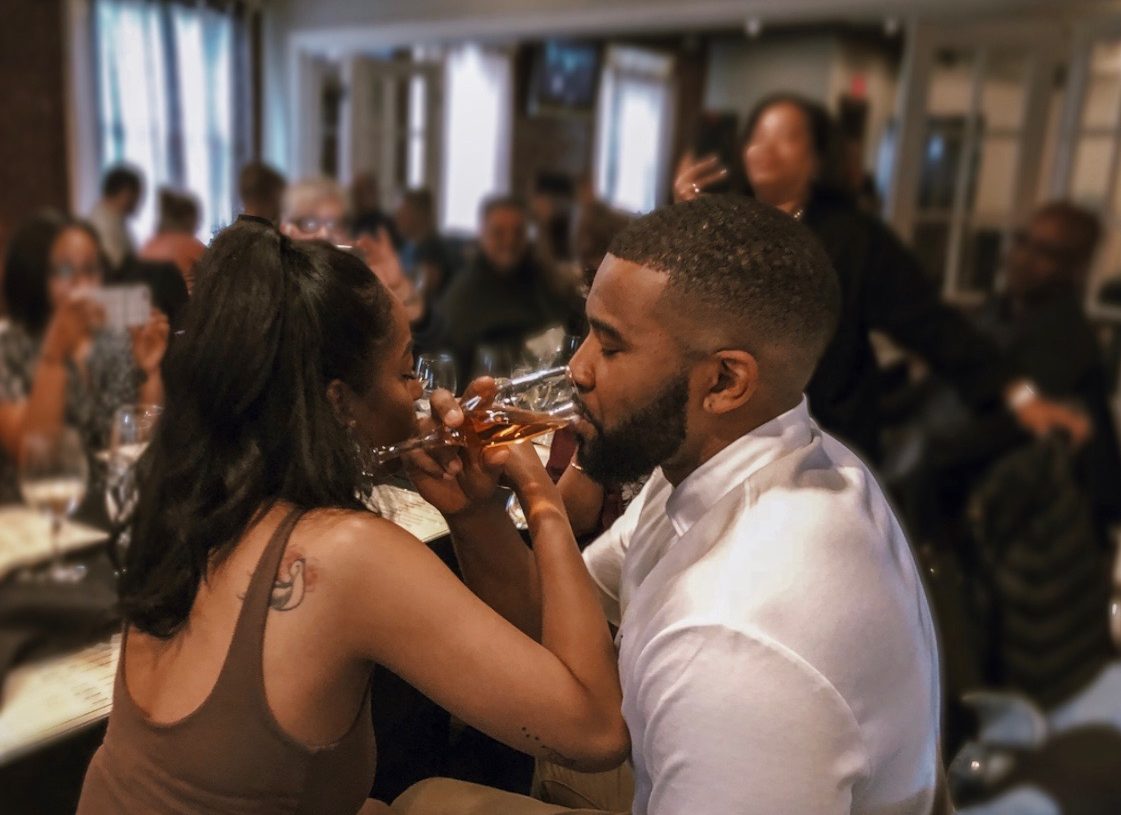 Why did we choose to move?

The biggest reason was that we were so OVER being in a long distance relationship. We had gotten to the point of wanting to be with each other every day, so we started making plans to move.

Honestly, for me, it was love at first sight. I was visiting Rob for the weekend & he took me to Providence. We went to look around & see some potential areas, places he knew I would like. That day I told him that’s where I wanted us to move. Plenty of people tried to convince us to stay in New York, Rob even said he would move back, but I was over it. That same weekend we looked at a couple of apartments & from then on we started planning for the move.

How we planned the move?

If you know me, you know that I am a PLANNER. So this process caused lots of anxiety for me. There were so many things to plan but at the same time there were things that were out of my control, so I just had to roll with it. Finding the perfect place was kind of stressful since I lived so far, so this required me to rely on Rob more (which I struggled with)😂. Even when we found the apartment we are in now I didn’t absolutely love it until I saw it on move-in day. Rob & I  saved enough money for the security deposit & first months rent, we probably should’ve saved more, to be honest. We had all the major furniture pieces already, except for a couch which we ordered liked two months in advance & set up delivery for the day we moved in. We signed our lease before I found a job, had a car, or my license. Then one day I was talking to Rob, he had just started a new job and he told me that I would love working at the school he worked at. Rob said that they were looking to hire more people and that I should check their website. I found a position that I knew I was perfect for, I applied the next day & that day I received a call to schedule a phone interview. The day I aced my phone interview was also the day I received my license. Now we work at the same place the rest is pretty much history.

How has the transition been?

Harder than I thought! But I would not change it at all. It takes some time adjusting to living with someone when you’ve lived alone for a year. Also, he lived in what I call the “frat house” for a year which is completely different from living with your fiancee. It has taken us lots of hugs & long talks. We LOVE our apartment so that’s been fun. I think the hardest part for me has been being away from my family & bestie (who also moved like a week before me). I never knew how awkward it was to make friends as an adult until I moved here. 😂

Would we ever move back to New York?

Honestly, I don’t know. I think if we did we wouldn’t move to the city. Also, we are trying to convince some of our family to move here or at least closer to us.

When Are We Going To Have a Baby?