We Met At A Party 8 Years Ago. 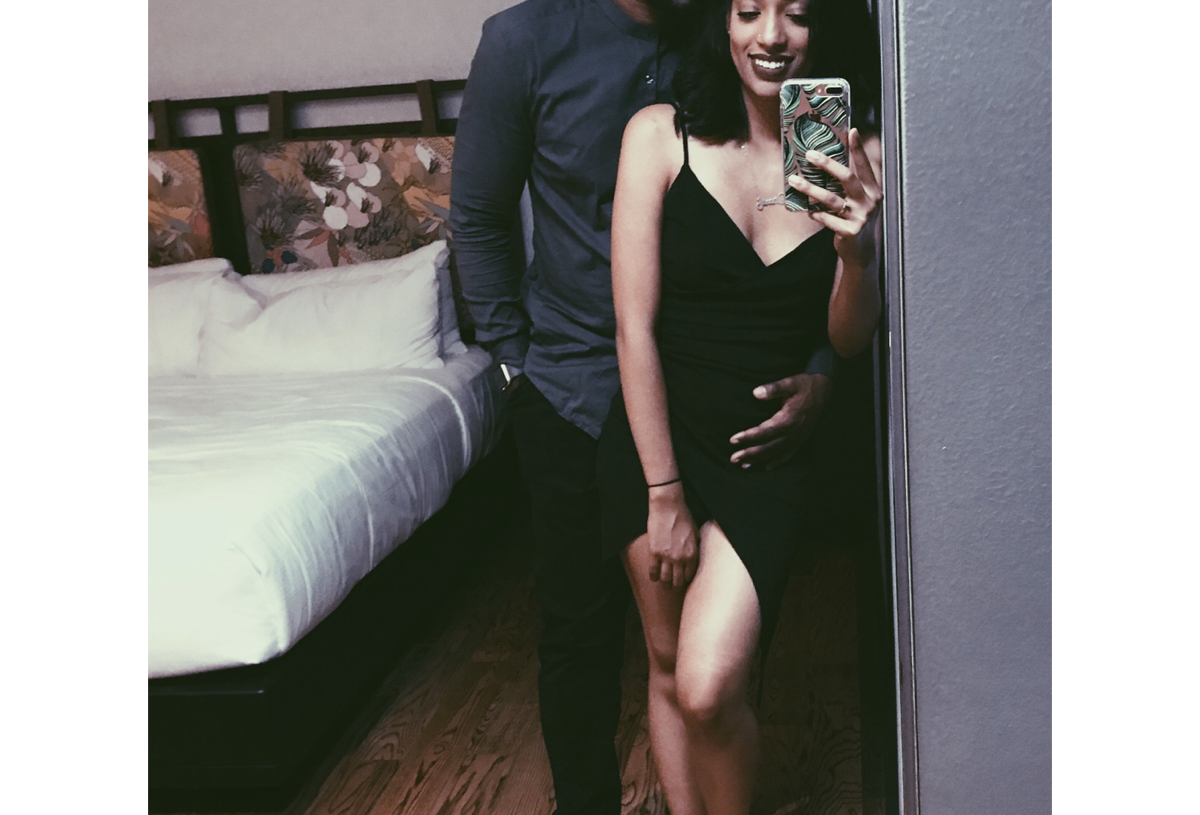 In this post, I am going to share a story about how my fiancé and I met almost 8 years ago. Although we “met” at this party we didn’t actually speak to each other until 6 years later. Now, we’ve been together for almost two years!

Long story short, we met at a party, 8 years ago. We were both in relationships, so I think we barely spoke to each other but Rob clearly had his eyes on me 😉. I swear he must have gone home that night and added me on every social media outlet out then. Looking back, it is so crazy to think that I met my future husband at that party. Years went by and we kept in contact through social media, a couple likes here and there but nothing crazy. It wasn’t until Rob left a comment under one of my pictures one day that I realized he was even interested in me.

Two or three years after we met, I got a notification on my Instagram. I open it up and I see it’s from Rob. He left a “#WCW” under one of my pictures. I remember seeing it and kind of laughing it off because, for one, I was in relationship and two, we barely spoke to each other. To this day I make fun of him for this. He also likes to bring this up as him making the first move but I disagree.

As I have mentioned in earlier posts, I was in an on-again-off-again toxic relationship for a few years. That relationship ended at the beginning of 2017 and to be honest I swore I wasn’t going to get into another relationship. After being in that relationship, I was set on repairing all the damage from my last relationship. I was even asked out on a couple of dates but I turned them all down because I just wasn’t ready until February 28th…

I Slid into His DM’s

It was February 28th, 6 days after his birthday. Rob and I had tweeted back and forth a couple of times and I decided to see how his birthday went. I slid into his DM’s (yep I made the first move!). It started off with me asking him how his birthday went. Then, the convo just took off from there. I honestly still wasn’t looking for a relationship, just looking to start up a friendship. I feel like we always commented on each other’s stuff but never really had a conversation. Plus, from his tweets, he seemed funny. Eventually, we exchanged numbers and then agreed to go out for lunch.

The Date: When we actually met!

Let me start by saying our date was horribly good. That’s going to be a separate post because it was that bad/good. I remember coming home and telling my mom that he might be the ONE.

I wasn’t nervous for our date, at all. For one, it was a lunch date which is super casual. We had been texting and on FaceTime every day up until this date so I felt very comfortable with him. Also, we were just two friends meeting up so there was no pressure, atleast on my end.

You may be wondering how we are engaged to be married when our first day was so horrible, well you have to stay tuned for my next post to find out! Just know it involves being pulled over and possibly being kidnapped.

I Was A Guest On Lovin’ Life Podcast!