Abandoning Our Father: The Starr Sisters 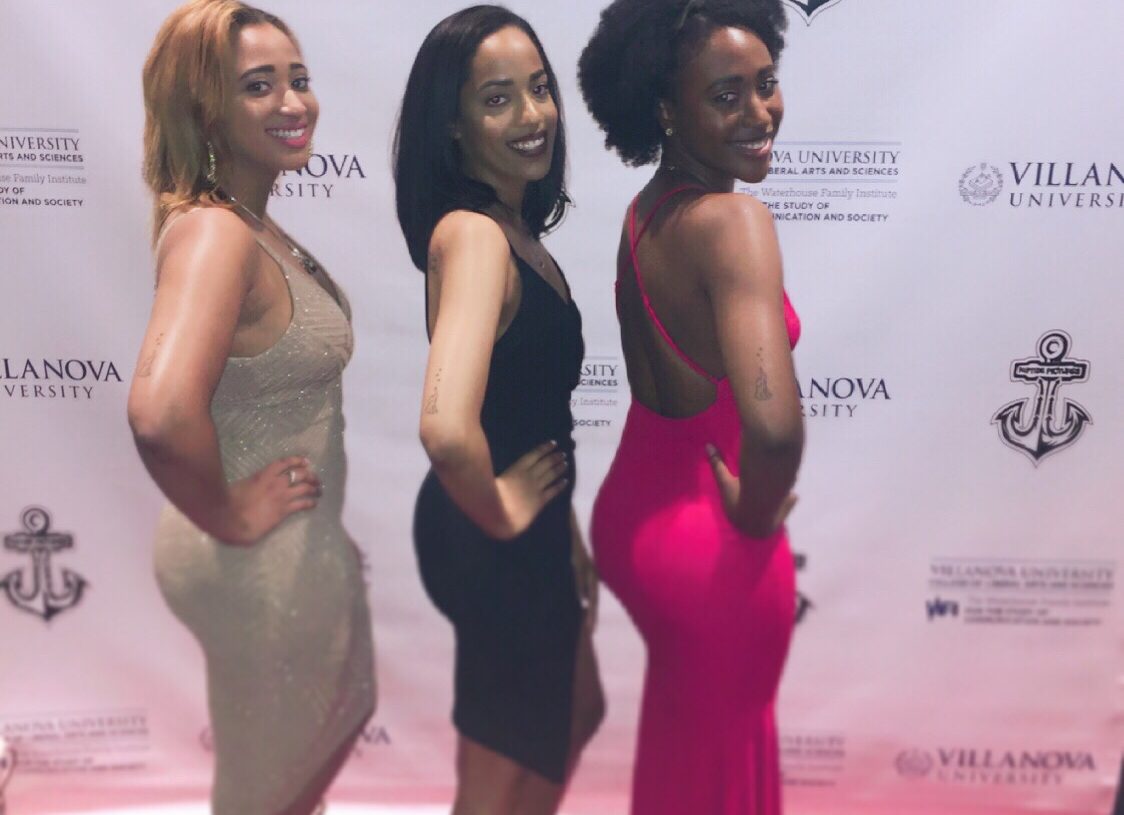 As told by the Starr Sisters.

Our Father says we abandoned him, well I’m pretty sure it’s the other way around.

I’ve avoided this topic for so long but, after a recent incident, I’ve decided that we deserve to tell our side.

What led to this?

Since I’ve started this blog, I’ve used it to cope with daily life struggles. I’ve also used it to reach others who may be going through similar situations. The Starr Sisters came together, and this is what we have to say…

A Little Back Story.

For those who don’t know me personally, my relationship with my father is pretty much nonexistent. It has been this way for as long as I can remember. I would cry, get down and upset about it, but I am finally at peace. Now, I know that I cannot force someone to be a part of my life. I also cannot teach a grown man how to be a “Dad”. If you know me then you also know that I have quite a few siblings. Let me break it down for you, I have three older brothers, one older sister, and one younger sister from my father (I also have another older sister from my mom). My father has not been an active parent in any of our lives!

Recently, one of my older sisters celebrated a birthday and at my request, she celebrated by dancing on her couch while drinking champagne and listening to Beyoncé! During her great couch dancing (I have videos to prove it was great) she decided to reach out to our father to get some things off her chest about him being an absentee “Dad”. Let me also give you some other background, my father has six kids with four different women, yes let that sink in. Despite our father not being in our lives, we have all made something of ourselves (thank God we had amazing mothers!). When my sister told me, she sent our father a message I was shocked and happy that she was able to get those feelings off her chest but not as shocked as I was about the message she received back.

According to our “dad”, he believes that my memories have been “repressed due to age and circumstances.”Let’s go to the books on this one shall we: Repression is unconscious such as a child who doesn’t remember being molested. Suppression is conscious such as refusing to experience one’s rage so will deny being angry. For him to say that I have obviously repressed memories would mean that I had a trauma that was so devastating it made me mentally “erase” what happened.  The main issue with this is that I did not repress any memories.

I do remember him not being around, I remember him lying and stealing from my mother and grandmother. I also remember him trying to choke my older brother, him being arrested for riding around in a stolen car (and then lying about it of course), hell I even remember the first gift he ever got me… a purple mountain bike. A bike that I only rode a handful of times because it was sold at auction along with my other belongings. This was because he didn’t pay the storage bill. Suppression on the other hand, that I suffered with for a long time, however, in this case, my memory is still very much intact.

Our “Dad” also stated that the “abandonment was mutual”. Now let’s backtrack some more, the last time my father was an active parent in my life was probably around the age 6/7. One day he was supposed to pick me up but instead, he called to tell me that I wouldn’t see him anymore. It had something to do about a disagreement between him and my mom. That was the first time he had ever let me down and that set the tone for the rest of our relationship. From then on, I can count on one hand how many times I have seen my father including the times I would randomly run into him. Therefore, I can’t understand how he could ever say the abandonment is mutual. How could a child abandon a grown man? Did I stop going to see him? Did I just move out-of-state and never give him an address?

Our father said he doesn’t understand what struggles we’ve had to endure while listing off all our achievements. Although we have many achievements, none of them came easy! My sisters and I all graduated college with no help from him! He never purchased a textbook, helped pay for room and board or gave money towards a meal plan. Aside from that, he was never there for any of our first heart breaks, prom, sweet 16, graduations. All those things that a girl needs her dad for, he was never there for. There are things that we went through, struggles we’ve had to endure that he has no idea about.

That statement made me realize that he doesn’t see himself as the problem, instead, he blames us! He dares to compare his struggles as an adult man to those of young women. Women who have had to claw their way up to do amazing things because we lacked his support. In fact, what he was trying to instill in us was that we should have been the ones chasing after his love and affection.  This is a life lesson no man should ever try to teach his children specifically not his daughters.

He has played the victim our entire lives and continues to play the victim to this day. I can’t understand what struggles he has endured when he ran away from every responsibility he has ever had. In his message, he mentioned that we have never checked on him. Last time I checked, the phone works both ways. Plus, I got tired of reaching out just to be let down all over again. Let’s put this into perspective, he has 6 children & no relationship with any of them, but WE are the problem? Let me introduce a concept for everyone Narcissistic personality disorder; Symptoms include an excessive need for admiration, disregard for others’ feelings, an inability to handle any criticism, and a sense of entitlement. This is a chronic disorder, one for which there is no cure (although treatment can help). He will never seek treatment because he is too egotistical. Doing so would force him to admit that he was a poor father who made poor choices.

The ironic part about this whole thing is that my Father is a Reverend. He stated that “having been ordained, my transgressions have been erased”. Yep, he said that. Y’all remember that show “forgive and forget” … I’ll leave it there.

Our father does not follow my personal Instagram page and he has me blocked on Facebook. Somehow, I believe he sees my post. I’m sure once he sees this post I’ll be blocked on everything, but oh well. I refuse to not speak my truth. Now, I am finally at peace with knowing I have done all I can do on my end. He can no longer hurt us or let us down. He did get one thing right; “You are survivors when faced with challenges”. My sisters and I are survivors, we have thick skin and we support each other, despite him.

“Last night I had the most interesting dream. In it I was 6 years old at a national spelling bee, words like serendipity Duodenum Floccinaucinihilipilification all spelling them right up to the last round one word that’s giving me a victory. The spell master clears his throat young man your word is father, the crowd began to chatter. Among themselves all upset at the simplicity of this final word, I look at the master’s eyes. His eyes saying everything’s going to be okay If you do it and I realized I dazed off, young man your word is father. I stood up straight licked my lips, and began, Father, M-O-T-H-E-R Father. Spell master looks at me, looks at his flash card he says I’m sorry, but you’re incorrect. Wait wait; see I don’t think he understands, see my father is sitting right in the audience. “Excuse me?” I’m sorry son, you’re incorrect. Well, you sir can save your sorry apologies because you must mean incorrect as in within the parameters of being right. Let me explain something to you, obviously, you ain’t grown up where pops were rollin stones down the hills of women’s backsides and when he comes, all he left us was alone. Where menstrual men stroll around on bikes and fathers balanced their Menstrual 2 jobs 2 kids and life on a unicycle and it looked something like this: breastfeeding with one arm, phone on the shoulder, cooking with the other arm and cleaning with one leg and tying sneakers with their teeth. Young fathers who make mistakes because they are not all perfect but the one mistake they’d never make is abandoning their seed. You see fathers are master gardeners they tend to every leaf removing the weeds placing us in the windows of opportunity so we can lean towards the sun so we can never forget that the sky is the limit planting kisses on our cheeks, hugs on our backs growing their love on us the best way they know how, like my father, my father lived a deadly nightmare so I can live my dreams, my father awarded me in blood sweat and tears, in hopes that’d I’d be ripe for the harvest, and I hope that I’ll be as great as a father as she was for me. You did not ask me to spell deadbeat sir but if you’d like deadbeat here it is: F-A-T-H-E-R, D-A-D, D-A-D-D-Y, P-O-P, P-O-P-S if you’d like the slang, you asked me to spell father and where I am from in my life father is and has been and always will be spelled M-O-T-H-E-R so open your encyclopedias show me your flashcards, open your dictionaries cause what Webster says, means nothing around here, around here my father is sitting right there, and I love her”

How To Survive A Long-Distance Relationship

My Proposal & The Text That Made It Perfect!