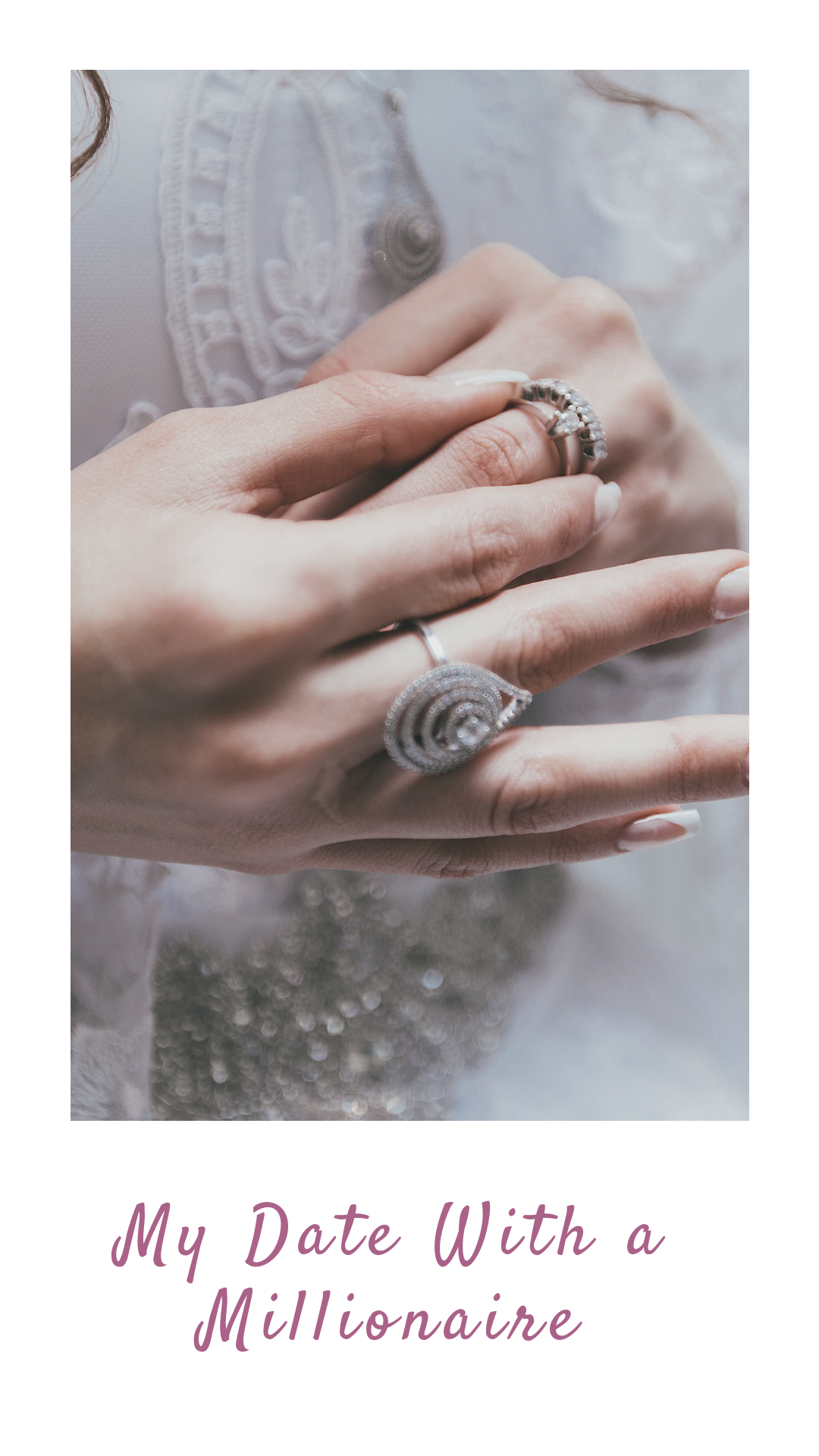 My Date With a Millionaire

How Did It Start?

Here is a story about the worst date ever! It all started with an app called Words With Friends. If you don’t know, Words With Friends (WWF) is a word game app. You can play with friends or random strangers from around the world. When this game first became popular I was an avid player. I used to play this game all the time and let me tell you these games used to get intense!

One day I started a game with a random person, for purposes of keeping his identity confidential I’ll name him John. John and I played multiple games and eventually we sparked up a conversation. I honestly don’t remember what we even spoke about, I’m sure at first it started out as comments about the game & who was beating who. Eventually, it led to more personal conversations. We discovered that we were from the same city and had some things in common. One day John asked if he could have my phone number so that we could text and I said yes. Now if you are judging me right now, it’s okay, I would be judging me too! With everything happening in the world with people missing after meeting someone online, I should have known better but I did my research on John. His game was connected to his Facebook account and he showed no signs of being a “Catfish” of any sorts. After texting for some time he asked if he could take me out. Of course, I was very hesitant, for one I met him through a game app. And, yea we texted and talked on the phone a little but I wasn’t sure if I should go out with him yet. Like I said earlier I had done some investigating (aka stalking his social media).

During my investigation, I saw that he had a small clothing line and I also knew that from previous conversations his Dad co-owned a restaurant in Harlem. Eventually, after a few more conversations, we set up a date. Now I know how sketchy this sounds but I made sure to fill my family & friends in on what was going on. If my memory serves me right, I’m pretty sure I showed my mom or one of my friends a picture of him and shared his number. Plus we were meeting up in a super public place so I felt safe. Let me pause there because there are some things I need to mention. One thing is that he never mentioned to me that he was a “millionaire”, we spoke briefly about his clothing line but I didn’t ask too much about it, so I was not going on this date because I thought he had money. Secondly, before this date I had never gone to the restaurant Blockheads, so I didn’t know what to expect before going, all I knew was that it was a restaurant so it would be plenty of people there in case I started to feel unsafe.

Back to the date, yes you read that right he took me to Blockheads. Like I said earlier,  I had never been & knew nothing about it besides that it was a Mexican restaurant. Upon my arrival at the restaurant, I realized it was the go-to spot for cheap Mexican food & drinks. I wasn’t 21 yet so I didn’t order a drink but John did. We ordered our food and then it was time for us to have an interesting conversation, right? WRONG! We sat across from each other, not saying a word (SUPER AWKWARD). So naturally, I started to look at my phone which is when I noticed that I had a text from him. The text message read “You look beautiful!”. At this point, I was confused & quite frankly just over the entire date. He wouldn’t speak to me in person but he could awkwardly text me to tell me that I looked beautiful, cool. I get that he could have been nervous but why not just say that to me in person. After a few more minutes of pure awkward silence & him just staring across the table, I decided to make a trip to the bathroom and call for help (LOL).

When I was in the bathroom I called my friend, because I knew he was working close by that night. I really needed a friend to talk to about what I just sat through. I went back to the table, our food was there, but I was ready to go. I’m pretty sure I didn’t eat one bite and I told John I was ready to go home. He walked me outside and tried to convince to go with him and his friends to have drinks but I used the “I’m pretty tired line” and hopped in a cab. At this point, I still had no idea about his “millionaire” status & honestly, I could care less. There was no connection and the whole entire interaction was just weird.

Fast forward a couple of years later, I was at my grandparents’ house & I saw a card to Johns’ dads’ restaurant on the floor. I picked it up & told my grandfathers’ wife that I went on a date with the owner’s son and how awkward it was. We laughed about it and that was that. Then this is where it got even more awkward. I was on Instagram one day and I posted a selfie. Shortly after I posted the photo I got a direct message from John, this was random especially because we never spoke again after the date. When I opened the message my mouth dropped and I felt super uncomfortable. John had sent me a picture of a man sticking his finger into a woman’s mouth. I had two thoughts running through my mind at that moment. The first one was that I could curse him out for being a creep or I could simply block him and ignore his sick advances. I chose to take the high road & block him. That just ignited the fire, John realized I blocked him and decided to harass me even more (screenshots below). This is where he dropped the “I’m a millionaire!” card & “you’re missing out!”.

Needless to say, after all of the back & forth, I got a good laugh. John turned out to be an ignorant, insecure a**hole & I’m glad our date was weird & that I decided to no longer talk to him. After John, I vowed to no longer date “millionaires” or people I met online.

If you have any horrible date stories, please share!

Also, share this story with anyone you think needs a laugh today, I approve 🙂

My Proposal & The Text That Made It Perfect!

How Moving To A New State Helped Me Grow!