Relationship Tips – Checking in on Your Partner 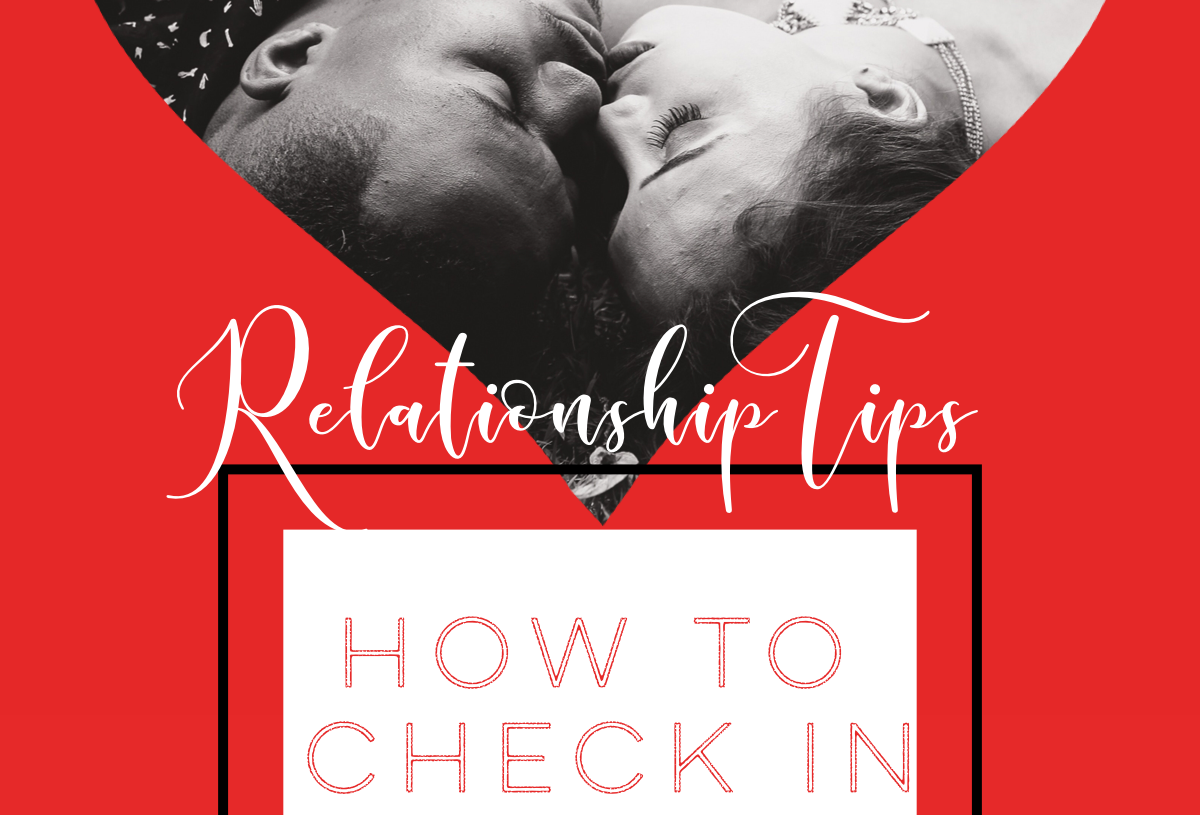 As I’ve talked about in my previous post, I have been going through some life changes lately that are taking me quite a bit of time to adjust to. I’ll admit I have not been adjusting in the most effective way, especially last week. My fiancé & I had the week off from work, which should have been the best week ever but let me explain how it went.

Last week pretty much consisted of me laying on my couch, binge-watching Black-ish & eating cookie butter. Actually, to some people that may sound like a pretty great week but for me it was dreadful. I so desperately wanted to get up and be productive or do something fun. I did happen to purchase a car but, believe it or not, while at the dealership another lady hit the car! Thankfully it wasn’t anything too serious, just a scratch. This meant I had to wait for it to be fixed, so basically, I was still without a car. No car meant I was stuck in the house, hence my Black-ish marathon.

Since I wasn’t feeling the best I was not much fun to interact with, my poor fiancé. I barely said more than two words to him, not because I was mad at him. If anything I think I was madder at myself than anybody else. I was mad at myself because I felt like I allowed my emotions to take over. I wanted to be outside enjoying my summer vacation. Instead, I was sulking around my house, eating like a pig and neglecting my fiancé, I was annoyed with myself.

So after a week of feeling like crap & bingeing on Black-ish, I was on the last 3-4 episodes of season 4. Here is where I learned a huge life lesson. If you’ve watched Black-ish then you either know what I’m talking about or have some sort of idea. Before I explain the life lesson I learned let me rewind a little. My fiancé works two jobs, so that means he’s BUSY. Since we both work we don’t always get to spend much time together. I’m in a new state now where it’s just him & I, I can’t just go hang out with friends & family whenever I get lonely. I know that eventually, I’ll have friends out here, but for now, it’s just us. I’m not saying any of this to say that I blame him for why I’ve been in a “funk”, because that is not the case at all. My anxiety and depression is something I’ve been dealing with since before the move. It’s just not something I share or open up about easily, even while writing this I’m contemplating about posting it (😔). Then I hear my fiancé in my head telling me that I shouldn’t bottle things up or feel ashamed & encouraging me to share my struggle. Truth is it actually does help for me to talk about it, there are thousands of other people going through the same thing.

I knew before moving out here that my fiancé would be very busy. It’s something I knew I was going to have to deal with. What I didn’t anticipate was being in a horrible car accident and losing my car. I also didn’t expect my anxiety and depression to skyrocket because of it. In New York, I didn’t need a car to get around but in Providence I do. So this caused me to feel like I lost my freedom. I was stuck home, alone. Let me also say that my fiancé is amazing. He works hard to provide, in many ways not just financially. With everything going on, we forgot to check on each other. We have been so focused on everything else we forget to focus on each other.

So now, back to Black-ish, if you’ve seen the last episode “Dream Home” you’ll remember that two of the main characters, Dre & Bow, were contemplating divorce. They were constantly arguing and having issues about agreeing on anything. This was much like how my relationship was going, we were not contemplating breaking up. What stuck out to me was what their marriage counselor said to them. She compared their situation to preparing Thanksgiving dinner. When you are cooking Thanksgiving dinner, you put the turkey in the oven & start working on the sides. As you’re working on the sides you completely forget about the turkey. What she was saying was that in life we start focusing on all other life issues like work, kids, money and forget all about the foundation. The turkey is the foundation of the meal, without the turkey, the meal would not be complete. In my relationship, we stopped working on the foundation and allowed life to take over.

Ironically, I watched the last episode right after having a heated discussion with my fiancé about how sad and alone I was feeling. After talking we both needed time to cool off so I put my headphones in and watched the last episode, “Dream Home”. Halfway through the episode, my fiancé asked to watch it with me. He didn’t see the last couple of episodes so he had no idea Bow & Dre were separating. As we were watching it, my fiancé looks over at me and asks me “Did I forget about the turkey?” (insert me crying like a big baby). Truth was, we both did. I was so focused on getting my needs met and basically expecting him to read my mind. I completely forgot to communicate & check in to make sure he was okay as well. I’m saying this to say, don’t forget about the turkey!

If you’re in a relationship, make sure to always check on your foundation & make sure it’s strong. If you are single, you still need to make sure your foundation is strong. Be confident and secure within yourself, whoever you allow into your space will follow suit.

I Caught My Boss With His Mistress (Part Three)